Before the invention of the motor car came along, most people moving about the city and its surrounding areas would have walked (or later cycled) to wherever it was they were headed. If they needed to travel any great distance they’d have to choose to travel by horse (if they could afford one) or by train (if there was one nearby that happened to be going where they needed), but on the whole the majority of people used their little legs to get them from A to B.

The other option for long-distance travel was to just walk – I did read a story about a Stonemason walking all the way from Manchester to Norwich to get a job building St John’s Church, which must have been a fantastic, but tiring journey in the late 1800’s.

Most roads you see zig-zagging across any map would have started off as a simple paths; tracks in the grass and heath or between fields; hardened over time by the repetition of footfall. You can still see it today: Take a walk through any field or heath where regular dog-walkers visit and you’ll see the tracks where people tend to follow in one another’s footsteps.

There is a little footpath, that since before the turn of the last century has served to connect the Heigham Ward with Upper Hellesdon, Catton and more recently Mile Cross and it’s referred to as the ‘Dolphin footpath’, named after the nearby Public House: The Dolphin Inn. This footpath would lead you through past the pub and down to a ferry owned by the Landlord (convenient) who would punt you across the Wensum (for a small fee) so you could be on your way. Then in 1882 the Lynne and Fakenham company (M&GN) railway began laying their tracks along the path of Wensum as it came out of City Station and the river was no longer the only obstacle that this footpath had to navigate over. It was decided that for the safety of all, a bridge was needed to replace the ferry, thereby cementing this footpath into history. The path starts next to the Former Dolphin Inn public house (Or Bishop’s palace if you look back further) and emerges out onto the estate at Drayton road, by the junction of Havers Road and Junction Road. The 1920’s sign from when the bridges were installed -although relocated- is still in use today (see below): 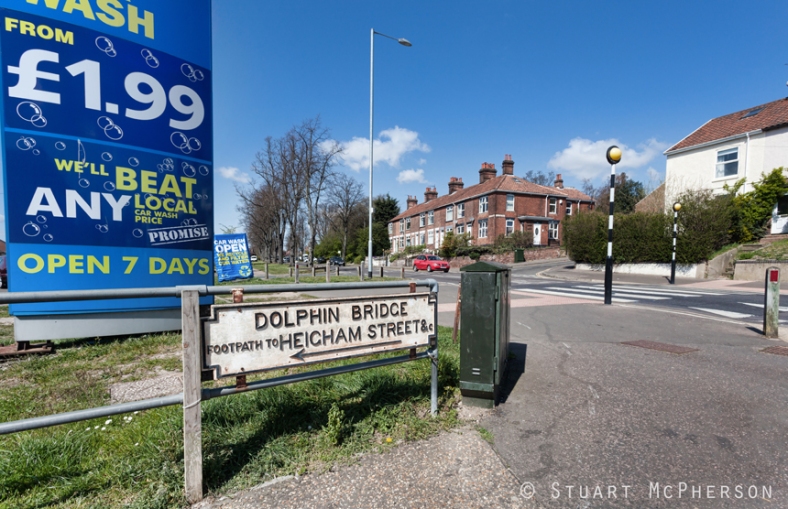 I cover the story of the bridges in this earlier blog entry, so I won’t discuss them any further in great detail here today.

Since the Mile Cross was established, this interesting little footpath has always been a conduit for people getting to and from the estate from the city across the river. Anybody who has lived on the estate will no doubt remember using it, and the people who still walk to and from the estate today will have probably used it quite recently; even more so now it’s the estate’s direct connection with the Marriott’s Way.

Back in the 1980’s after being picked up from school, I would be lead over it by my mother as she made her way to her part-time job at the Theatre Royal. I would then be lead back over it again a few hours later by my father as we made our way home from his Castle Street Rediffusion shop. I was constantly being dragged back and forth along the footpath as my parents did their best to work around me being at school (much like I do now with my own kids) so the memories of this repetitive journey are firmly (and fondly) etched into my mind.

I’m not the only person to have written down my experiences of using this footpath and I’ll center on a couple of other interesting recollections that stick in my mind:

Joan Banger, in her brilliant Book: Norwich at War mentions a similar journey, only she was leaving a workplace on or near the estate and heading home the other way. That is where the similarity ends. Joan and her Mother were making their way home from the Lido (now Mecca bingo) on Aylsham road (technically Catton) and their journey took them along Aylsham Road, to Junction road which leads down to the Dolphin Footpath, over the river into Heigham and on to wherever it was they lived at the time. As they left for home they were unaware that a flight of German bombers were approaching the City with destruction in mind. As the pair started their descent down Junction Road, they spotted a low-flying German bomber glinting in the moonlight, it was so low that it was at eye level to them (it’s quite a steep hill). It was circling, trying to drop bombs on either the railway line or the selection of three Bridges that cross the river (one of which carries the Dolphin Footpath). They stood and watched in awe but not for long. This bomber wasn’t alone and it soon became apparent to them that they were in grave danger. Bombs began dropping all around and they had to take cover on a number of occasions. The pair finally made it down the hill to the footpath and safely across into Heigham Street where they tried to seek shelter in a nearby Air Raid Shelter. Fortunately for them it was full and they had to seek shelter elsewhere. They found an empty shelter nearby on Old Palace Road and took cover in there instead. As they cowered in a corner of the shelter waiting the raid out they were unaware of just how lucky they had been on this moon-lit evening. During the raid, a large section of Junction Road that they had just walked through had been completely destroyed and the full air raid shelter that they could not gain access to had taken a direct hit, causing the 12 poor souls inside to die instantly.

If you haven’t read Joan’s book, I recommend you do.

If you know where to look you can still see physical evidence of that fateful night (and what I believe to be the sole-surviving crater of those Baedeker raids) and it can be found in amongst the trees in a marshy little area right next to the Dolphin footpath. The crater is full of water and the trees are slowly falling in on it making it increasingly hard to photograph, but the circular shape of the crater is obvious when you stand next to it. 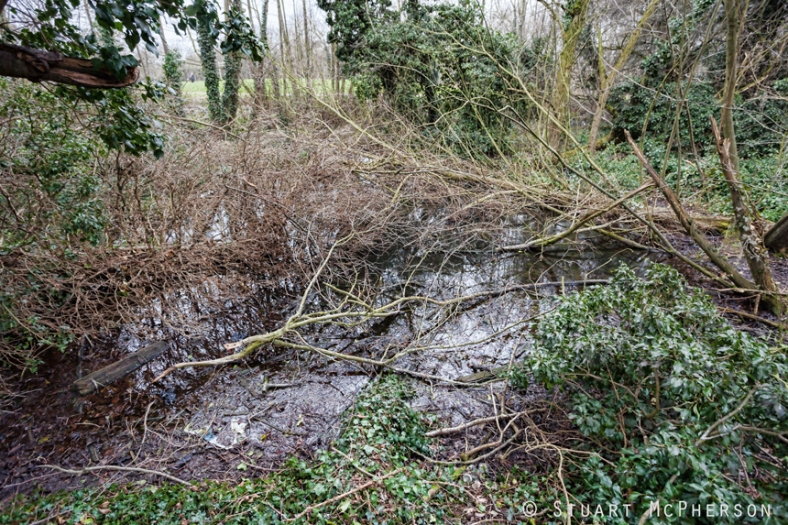 The famous ‘Norwich bomb map’ gives further evidence that this is indeed a crater from a 500lb bomb. The rusty pin holding the crusty note saying “500lb HE’ is sticking out of the map right here next to the path. It was one of many bombs that narrowly missed Joan and her mother as they made their way home that evening. The fact that the bomb landed in this marshy area and not on the harder ground on the eastern side is probably what saved the nearby bridges carrying the footpath from total destruction.

Another clue to that evening’s events is the conspicuous absence of all the terraced houses at the bottom of Junction Road. The area is now filled with 1960’s flats that rose from the ashes of devastation, but on the morning after the raids the area was little more than a smouldering crater scattered with remnants of the former Victorian-built homes and their inhabitants possessions.

The other story that sticks in my mind is that of another couple’s journey along Dolphin footpath as they made their way home up from a friends house in Costessey late on a Sunday evening back in October 1949.

Harry (Colo) and Blanche Harrison were enjoying a casual stroll home with a pair of newly-acquired Rabbits given to them by their friends who lived in Costessey. They’d almost made it back safely to their Berners Street Home when an awful set of circumstances unfurled. 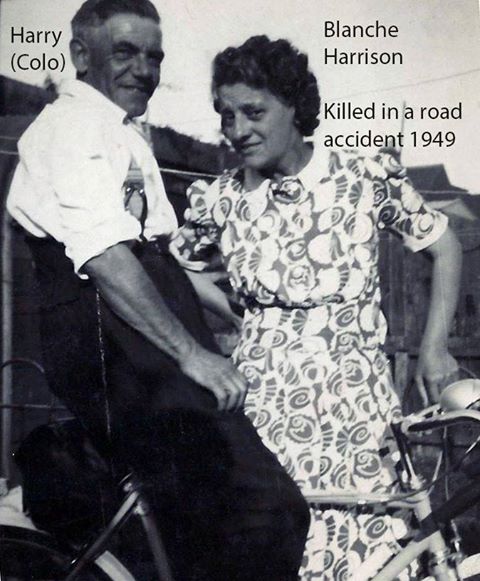 After exiting the Dolphin Footpath and attempting to cross the road the unfortunate couple were struck by a drunk-driver as he sped down Drayton Road on his way home to Bylaugh. Apparently he’d spent an evening drinking in the City before getting in his car and heading for home, not an uncommon practice back then. The pair and their rabbits were killed outright. Surprisingly the tragedy could have been even worse. The couple had just bumped into another set of friends on Dolphin Bridge and were walking back together. The husband of the other couple stopped to light a cigarette before crossing the road, and it was this action that saved their lives. Unfortunately, they did have to witness the whole incident as it happened in front of them. 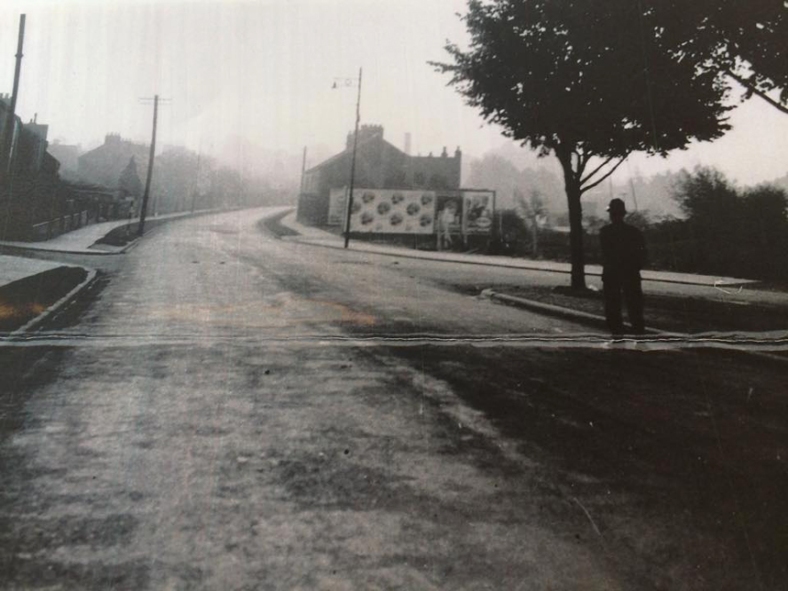 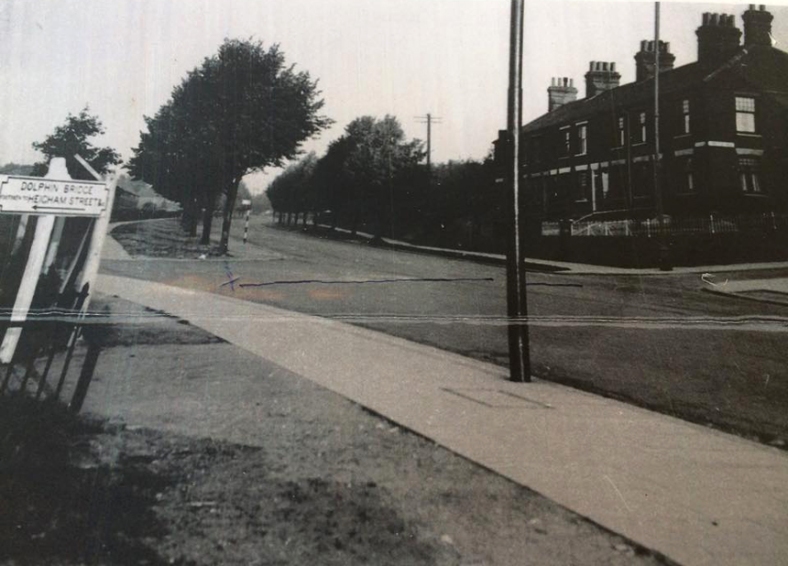 The couple stated that the man was so drunk that he struggled to give the police his name and address coherently. What makes it even worse is that the Police then allowed this driver to continue his journey home in his car, alone. How times have –thankfully – changed. Part of the Police inquiries was to try and establish if Harry and Blanche were partly to blame for the accident and the Police even questioned people in the pubs along Heigham Street trying to see if anybody had seen the pair drinking beforehand. 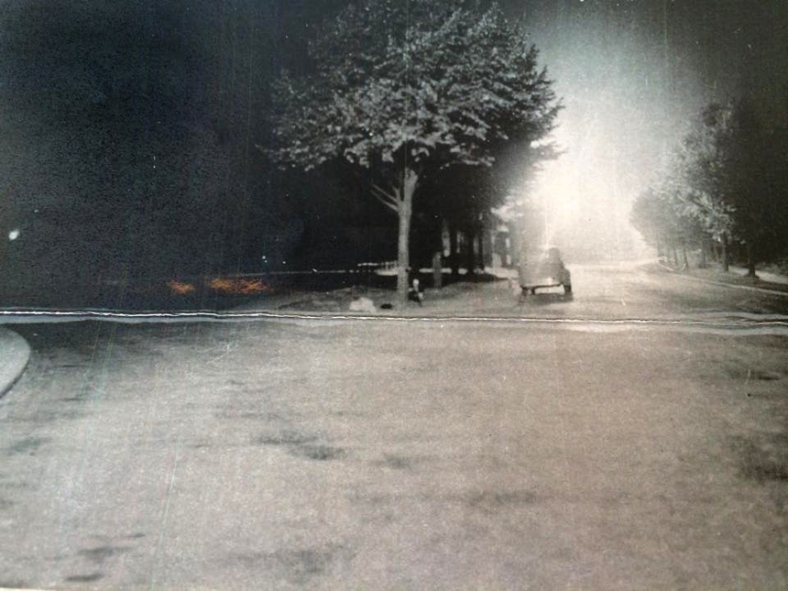 At the inquest, when the Police Doctor took to the stand he was asked by the judge if it would be fair to say that, for a man who’d been drinking, the shock of being involved in a fatal accident would sober him up pretty quickly. The Doctor agreed this to be the case. The whole verdict hinged on whether the prosecution thought the driver was fit to be in charge of a car. The jury decided he was.

Every time I use the newly installed zebra crossing here I can’t help but think of poor old Harry and Blanche.