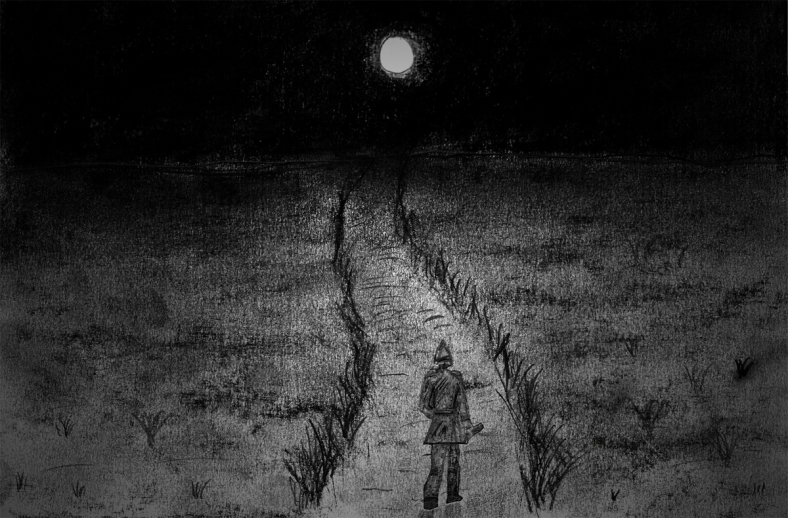 For a couple of my previous pieces ( Old Farm Lane and Sweetbriar Marsh ) I’d been studiously looking into the countryside landscape and the scattering of buildings that were here in what we now call Mile Cross, long before the later housing estate turned up. Whilst poring over the old maps and aerial photographs, searching the landscape for anything of interest, my eyes kept falling upon a little lane that was lost long ago. This little lane was called “Half Mile Lane” and it ran south from Upper Hellesdon Road (now Aylsham Road) down to Lower Hellesdon Road (now Drayton Road), seeming only exist to enable the local farmers to access the many fields that made up our landscape and to connect the two main roads together. Unlike the bloated and expanding city we live in today, Norwich had barely stretched out this far along Lower Hellesdon Road, the only buildings of any merit being the ancient Lower Hellesdon Farm and the pair of old Red Cottages about half a mile further out at the slough bottom. However, at the northern end of Half Mile Lane where it met Upper Hellesdon (Aylsham) Road, The city had been a little more adventurous, managing to branch its way out along the busy, Aylsham/Cromer Road as far as the boundary. Along this busier trunk road, which led out to Aylsham and the then the coast, the maps show that there were plenty of homes and businesses dotted along it all the way from the inner boundary at the old city walls, right the way up to the outer boundary of the city and county at the imaginatively named boundary at St Faith’s Cross, or the area known then as Mile Cross.

Why this particular little country lane with no buildings along it had intrigued me so much is anyone’s guess, but when I started searching for any references to it I wasn’t really expecting to find anything. To my delight I kept finding the road mentioned in newspaper articles from the early 1900’s, which only helped to feed my curiosities further. The lane was not completely forgotten by the passing of time either and two later-added roads, part of the “Mill Hill” extension to Mile Cross estate; Half Mile Road and Half Mile Close were named after it, even though they don’t mirror it. On top of this, although the old Half Mile Lane no longer exists in name, many of us have regularly and unwittingly travelled the northernmost half of it as we walk or drive along the later-added Mile Cross Road.