Tucked away and hidden out of site by the trees in summer, you could easily miss this interesting little building as you drive along the northern end of Mile Cross Road.

Opened in 1930’s as Mile Cross Hall, It has had many uses over the years, including being used as the Mile Cross Baptist Church and the Mile Cross Sunday School. It is now named the ‘Phoenix Center’ and is the current home of the Mile Cross Children’s Phoenix project. 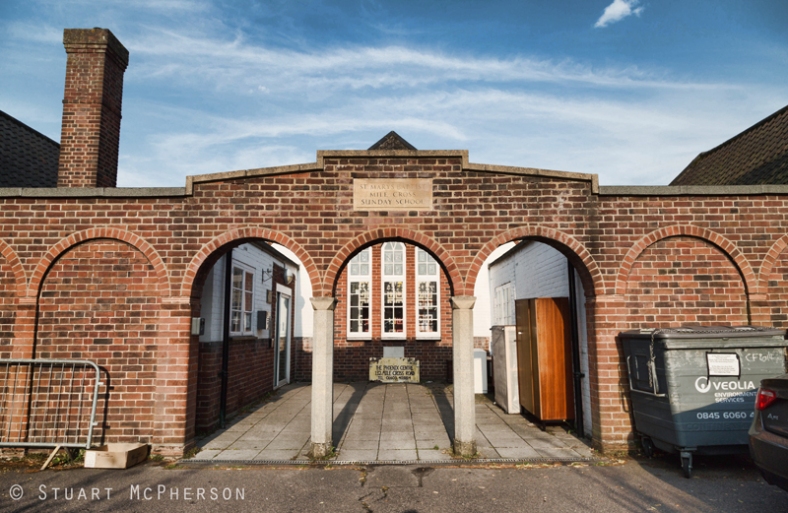 Back in the mid 1980’s a group of concerned local parents approached Norfolk County Council’s Youth and Community Services (NYCS) to ask for a centre for the local youngsters to be provided in the Mile Cross area. In 1988, they achieved their goal with the official opening of the first Phoenix Centre (which was based in porta-cabins) based over at Peterson Road. In 1998 government cut-backs put the Phoenix Centre at risk of closure, and again a group of local parents came to the rescue. A fund-raising campaign began and a formal request was submitted to NYCS for permission to take over the management. Negotiations with NYCS went on for over a year until in August 1998 when it was agreed that the Phoenix Centre could and should be handed over to the local community.

In 2012 the site was almost burnt to the ground in an arson attack carried out by two brain-dead teenagers – the very people it was trying to help – causing around £100,000 worth of damage.

A short BBC News clip regarding the attack can be found here.

Once again, local people and businesses came to the rescue, inundating the centre with gifts, cash donations and offers of help and they managed to get the centre back on it’s feet. In 2014 the final touches to the regeneration were complete when a team of volunteers who worked for BT painted a new mural depicting the Norfolk Countryside (seen below), fix some of the fences, restore some of the windows, install a new bird box and create a small garden area. 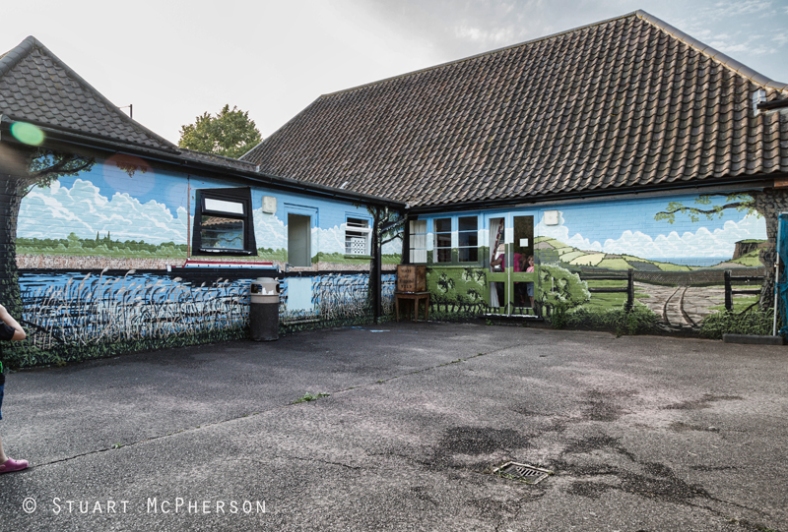 It literally is a Phoenix from the flames, and is a great testament to the Community Spirit that is still alive and well here in Mile Cross.

2 thoughts on “Phoenix from the flames”